Close partnership with the theatre Vanemuine is the exclusive feature and a great advantage of the Vanemuine Dance and Ballet School. Besides graduates being invited to join for the theatre ballet company, students of many classes are often involved in the performances and classical ballets of the theatre.

Dancing as equals with the professional dancers enriches students and provides additional practice on stage. For instance, the students have participated in ballets  “The Rite of Spring”, “Cinderella”, “The Nutcracker”, “Giselle”, “Chopiniana”, “Spring”, “Mowgli”, “Sleeping Beauty”, “Beauty and the Beast”, “Raimonda”, “The Golden Key” and “Klaabu”

School performances on the stage of theatre Vanemuine: 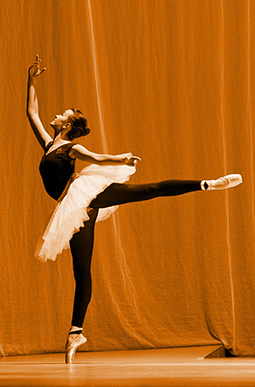